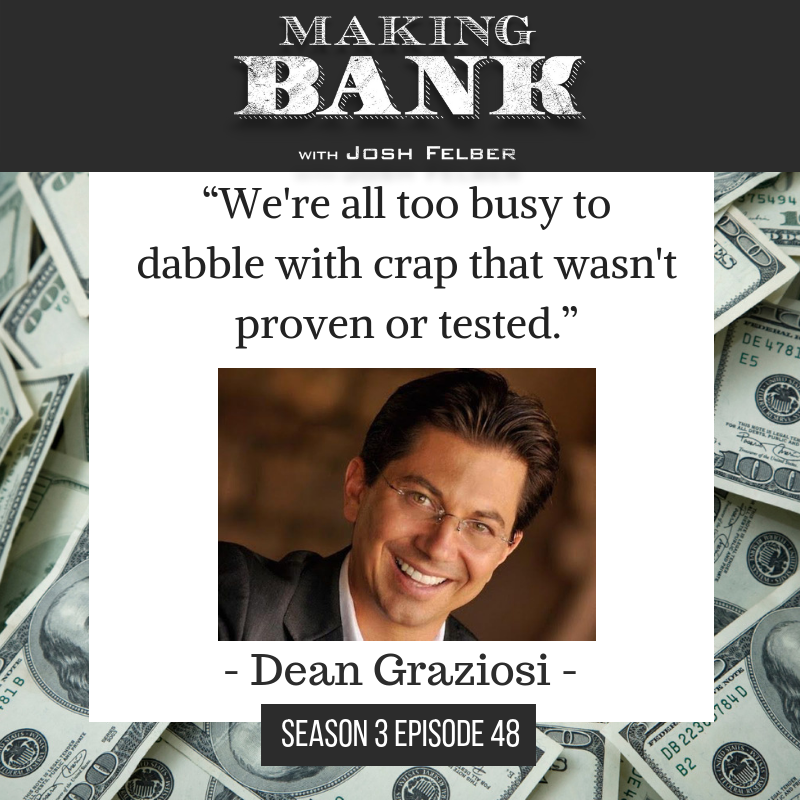 One of the major pitfalls of the entrepreneur is not being able to stay on track. When things aren’t working, when no one understands what you’re trying to accomplish, when you’re strapped for cash it’s easy to lose sight of where you’re trying to go and get swallowed by self-doubt and consumed in suffering.

Dean’s solution for staying on track is knowing your compelling future. What drives you? Why did you start this journey? Where is your beacon, and are you staring at it? 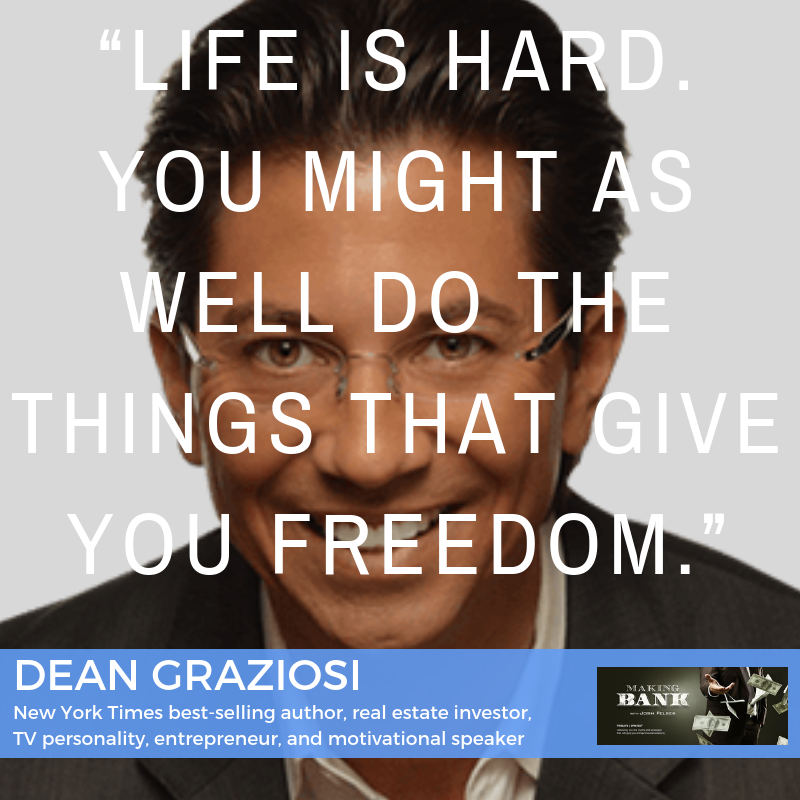 Find Your North. “Know where you want to go and focus on it and obsess on it. Imagine on it, fantasize about it, find proof that you can get there and just keep forging forward.” If you want to write a book everything needs to be pointing towards that. Remove distractions and laser in on your compelling future so you know where you’re going and constantly moving towards getting there.

Keep It Simple. We often look for “the shining secret no one’s ever revealed before” thinking that’s what is keeping us from success when usually it’s the thing you’ve heard a thousand times, but for whatever reason hasn’t sunk into your brain. Pay attention to the simple things you’ve been told over and over. Try implementing them. 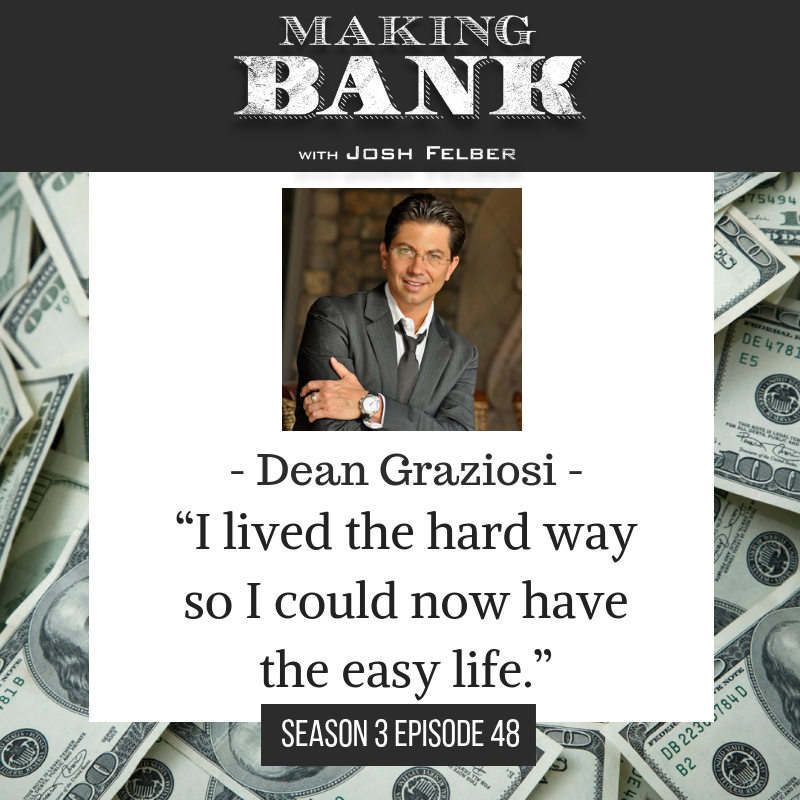 Live The Hard Life. “I lived the hard way so I could now have the easy life.” Doing the things that will give you freedom and allow you to live your best life is hard work, but the reward on the backend is WORTH IT.

Think about the advice Dean gave about getting your book made. When it comes to writing a book people think you write it, you publish, and people will buy it, but that’s simply not true.

“As much focus as you put into writing it, put the same effort and energy on how you’re going to market and sell it.” If it took a year to write it, you’ve got a years worth of marketing prep to get that book off the ground and in a place where you can successfully launch. It’s hard work and it’s more work than most people are willing to do, but that’s what will set you apart.

You can’t expect anything to fall in your lap. Surround yourself with successful people you admire, doing the things you want to be doing, and follow their strategies. Work hard now, so you’re set up to reap the rewards later.

Finally, “Don’t believe what people tell you. We’re all too busy to dabble with crap that wasn’t proven or tested. Trust but verify.”

For a deeper dive to learn the key ways to take advantage of the self-education business that, according to Forbes, is making about $355M/day and on its way to 1 Billion dollars a day(!), click here for a Free Download from Josh Felber and Dean Graziosi.

To sign up for Dean’s mastermind class with Tony Robbins head to www.joshmastermind.com 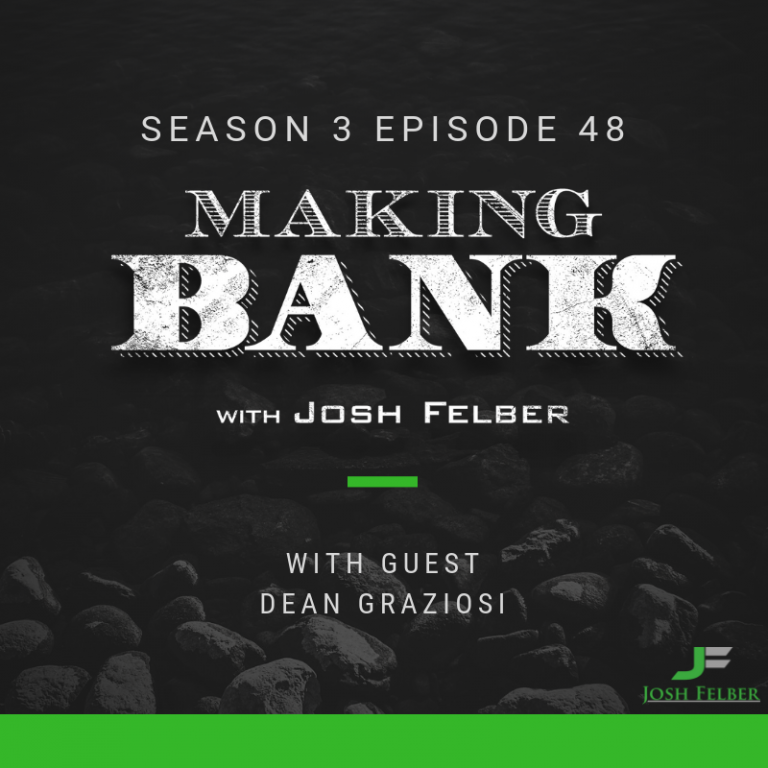